Today we are going to take a look at two types of specialty real estate photography: Twilight Photography and Light Painting. What makes these two types of shots different from standard exterior photography? Let’s begin with show and tell, shall we? Here are two shots we did of the 485 NE 58th in Hillsboro  – one is a straight Twilight Shot, and the other is a Light Painting:

As you might suppose, the main difference between standard exterior shots and Twilight Photography is the time of day that the picture is taken, which heavily affects the final image. Twilight Photography is touchy. The photographs can only be taken during a narrow window of time right around dawn or dusk, and the sky has to be clear enough that the delicate magic hour lighting isn’t completely obliterated by clouds. That doesn’t mean it has to be completely clear, but the cloud cover can’t be so dense that it completely obscures the lighting. Due to the narrow time window when the light is perfect, usually re-positioning the camera for multiple angles isn’t very feasible, so a twilight photo shoot tends to produce a very small number of suitable images, typically only one or two.

We photographed the home below a couple of weeks ago. The Twilight Shot came out quite well and makes the home look very warm and inviting, don’t you think? When I look at it, it makes me feel like I should go inside where a bottle of wine, good music, spaghetti and garlic bread, and laughing friends are probably waiting for me in the dining room. It looks like a home with life inside it, one I would like to return to every day.

Light painting is an even more specialized beast. The base photography for an exterior light painting begins with twilight photography but doesn’t end there. To get the glow effect, the camera remains stationary on a tripod, but each area that requires extra lighting is individually lit with a flash and then the picture is snapped. That gives multiple images all taken from the same position but with different sections of the home lit up.

In post-production, each one of these images is layered on top of the others to produce one image that is very carefully and specifically lit. Other enhancements can also be done in editing. For this shot, the street light was manipulated to light the lamp (this one lamp was the only one on the whole street that didn’t go on that evening), the sky was replaced for more dramatic clouds, and the neighbor’s garage was shadowed a bit more so that it would recede into the background and not compete with the listing home. This one shot is a composite of nearly forty layers, and its Photoshop file is five gigs all by itself. It is not a shot you tweak a tiny bit but that remains basically the same image that comes right out of the camera. The “painting” part of the Light Painting name really is a more accurate for the level of artistry involved.

While this shot and the straight twilight shot are both very beautiful, this one does not say spaghetti and friends to me. It’s a little more dramatic. This one says safety on a cold night, bright lights beckoning you home when you’ve lost your way, warmth and love and open arms when you’re frightened and the world outside is closing in. It’s the one you never want to leave.

Both images have value, and both have their place. Since both types of images require more specialized time and technique than standard photography, both are typically priced on a per-shot basis with the Light Painting obviously being the much more expensive of the two. However, if you have a property that needs something extra special for its photography or that seems like it has a story that needs conveying, Twilight Photographs and Light Paintings are beautiful additions to any photography package that will make your listing stand out. We offer them as standalone shoots as well as package addons at a reduced price. 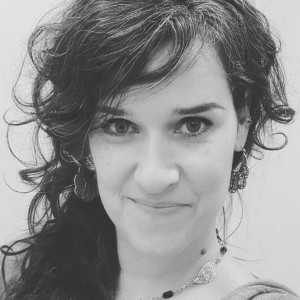